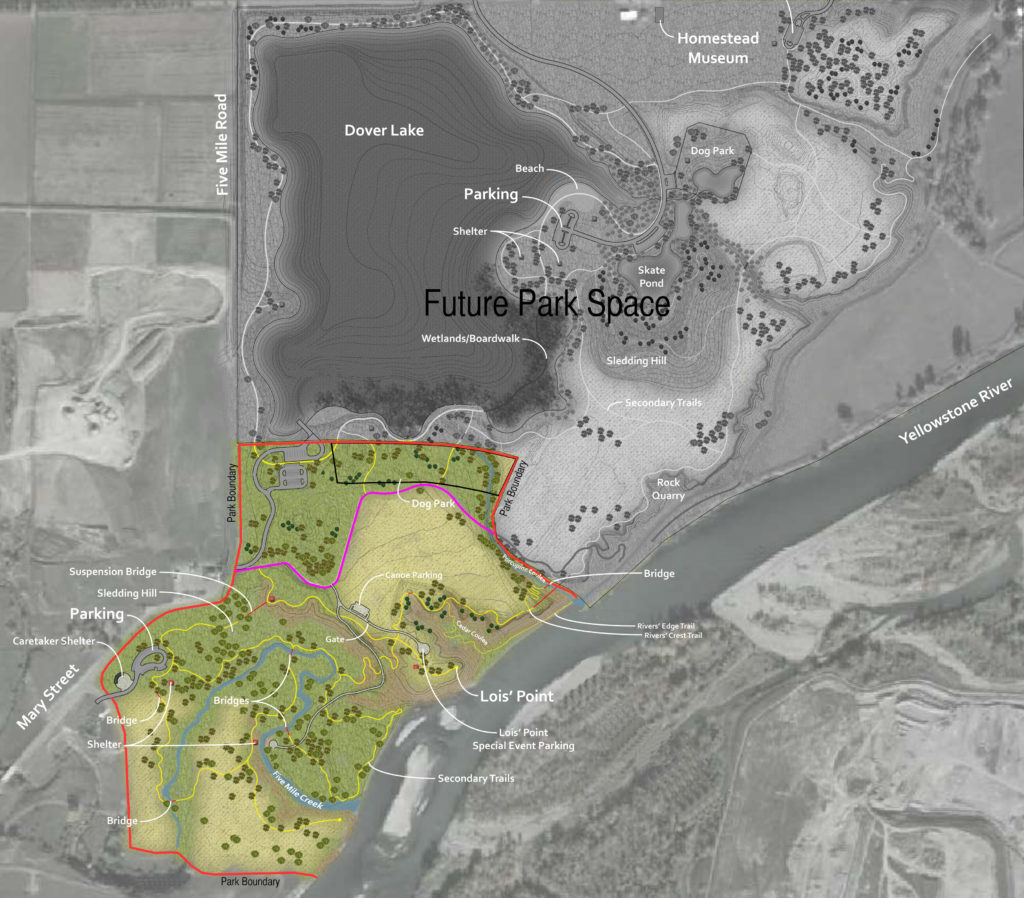 Shown in the map above, YRPA has big plans for John H. Dover Memorial Park.  The area in color we already own.  The remainder of the land is owned by Jim and Virginia Sindelar.  Their aim is to eventually donate the land for inclusion in Dover Park.  Two parcels were recently donated to YRPA from the Billings Community Foundation.  John H. Dover was the original homesteader on the property and grandfather of Jim Sindelar.  Jim’s vision is that the land be used for park space rather than become another subdivision.

Also shown on the map are several possible use areas within the park.  The emphasis is on “possible”.  Funding, perceived need, and external factors will shape the final design.

Trails under development and already completed, as well as bridges installed are visible in the lower left corner of the map.

YRPA has begun major capital and endowment effort to support the development of Dover Park.  This ambitious project requires both significant construction expense and funding to secure its future maintenance.  This will be a multi-phase, multi-year project.

The park is now open for public access!  The gate to the trailhead parking lot closes around 8 pm.  The dog park area will be completed soon.  All other areas of the park are closed to dogs.  In addition, no hunting, horses, or fires are allowed.